In May 2021, INTA-CAB and GMV agreed to present a joint proposal to the ESA call “ESA-ESRIC Space Resources Challenge”, which consisted of developing a robot capable of autonomously navigating, mapping, and characterizing the soil and rocks, on a potential prospecting mission to the Moon.

In the original proposal presented by the end of July, a robot was proposed in which GMV would be responsible for the navigation platform, equipped with cameras and a LIDAR capable of mapping with high resolution; in addition to a robotic arm that would allocate the optical systems of two spectrometers coupled at its end, and with the ability to adjust their focal lengths. The spectrometers would be a Raman one, responsibility of INTA-CAB; and a LIBS, responsibility of University of Valladolid. In addition, the 3 groups worked together in the development of the software to be able to operate the instruments from the robot. 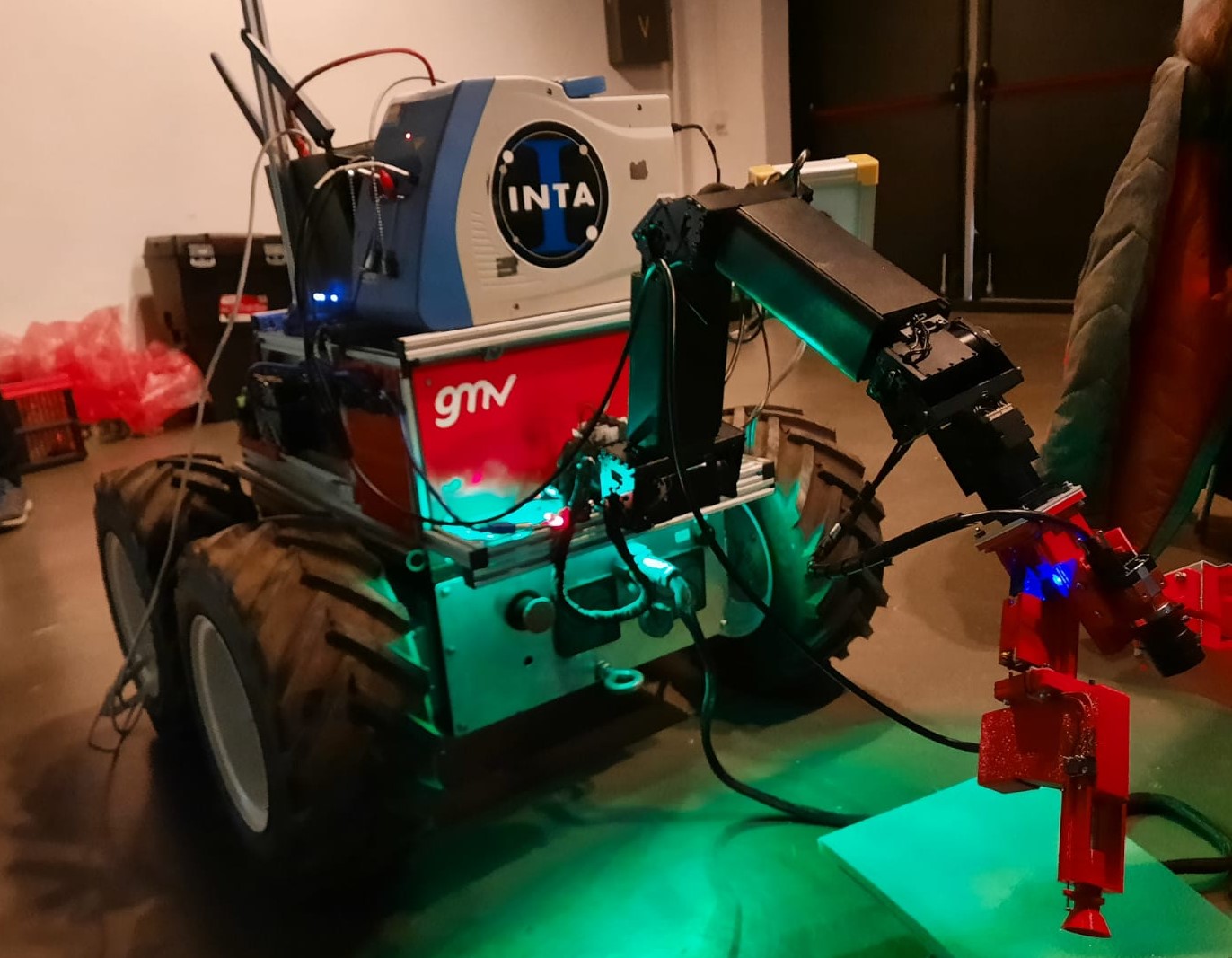 This proposal was chosen, among the 10 selected by ESA, to demonstrate its capacity in a “Field Test” that took place on November 25 and 26 at ESTEC (Netherlands).

This first Field Test consisted of remotely commanding the robot, to cross a terrain of more than 2500 m2 with obstacles (rocks) and slopes, in what was called the Traverse Zone (TZ); and reach a region of interest (ROI) where up to 6 samples had to be analyzed within that area. Throughout the test, a signal delay of 2.5 seconds was introduced, to simulate the delay that there will be in communications when operating in a real way on the Moon. And in addition, occasional 5 minute disconnections were inserted. 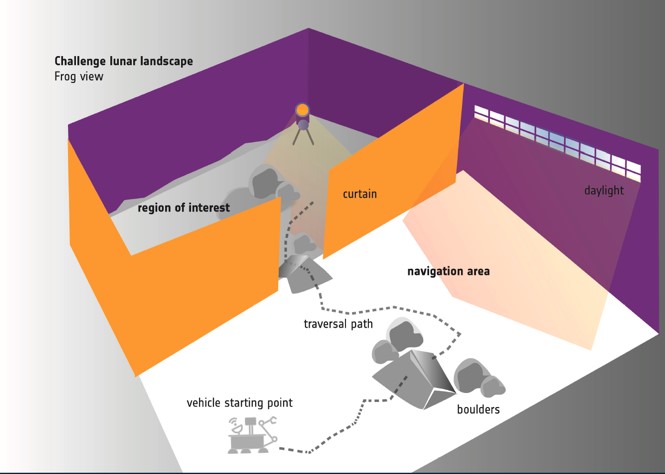 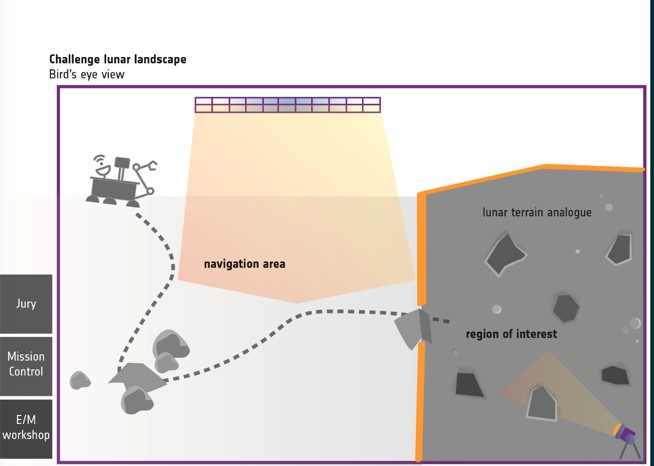 The day before the test (November 25th), and after a long trip by van from GMV, the robot with its instrumentation was unpacked at the ESA-ESTEC facilities, and all subsystems were verified. 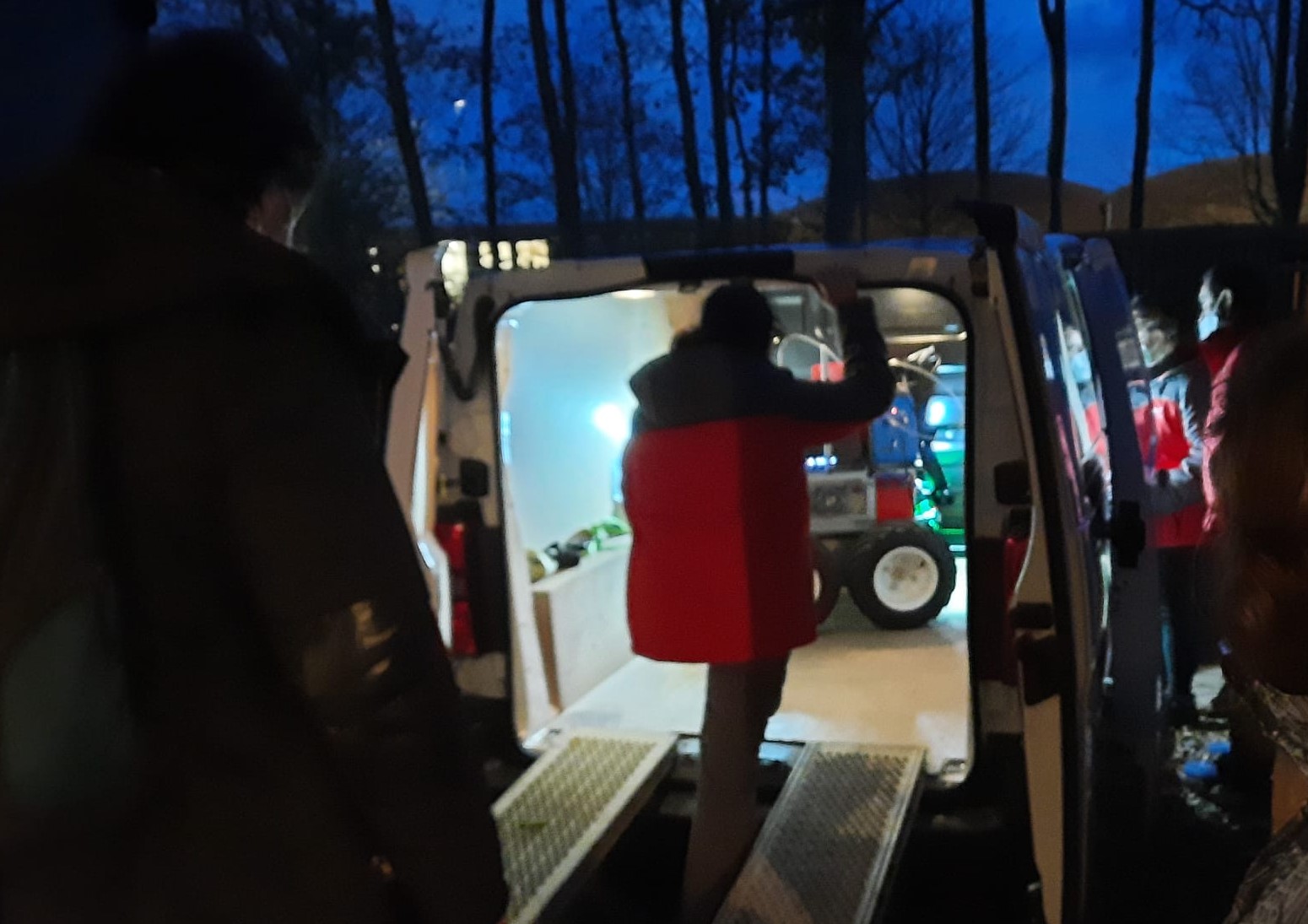 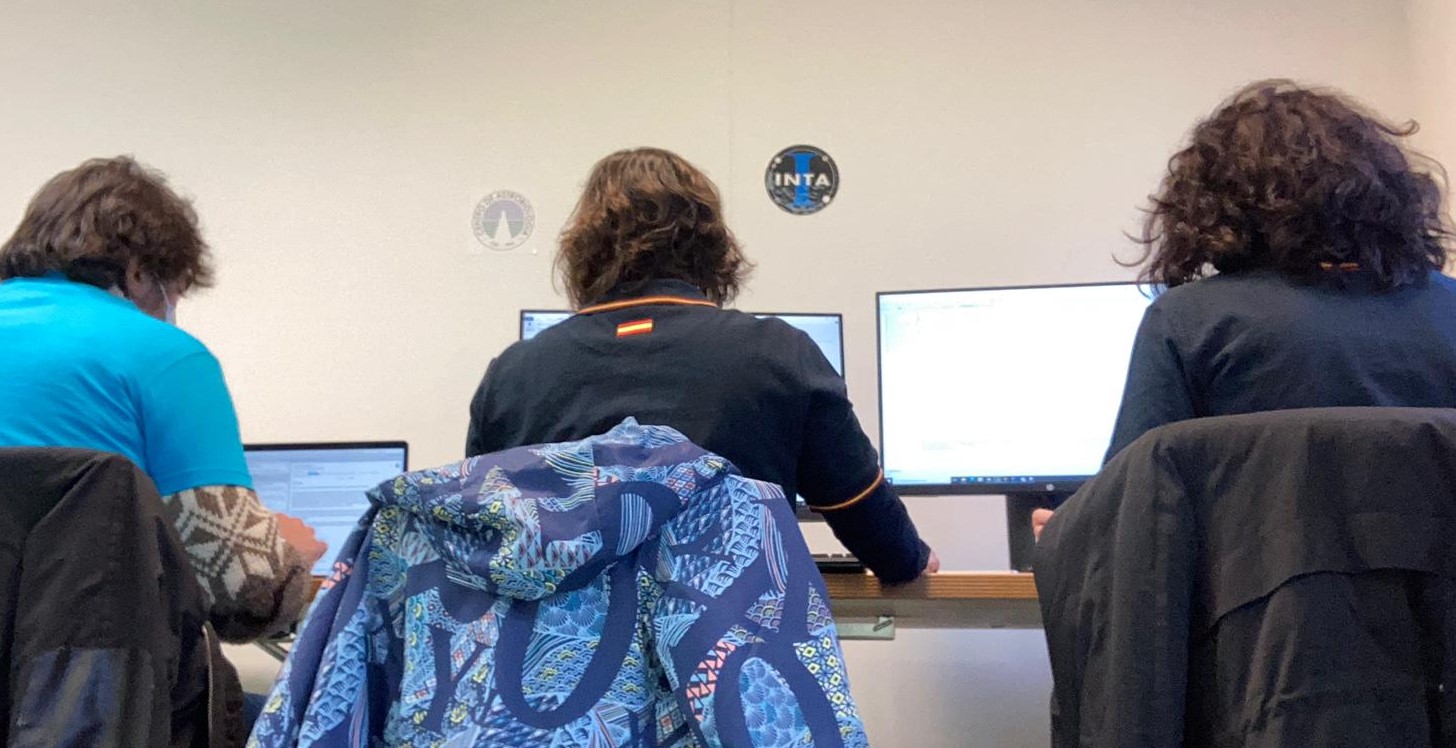 The robot and all its subsystems (i.e., the arm, the cameras, the contact sensors, the LIDAR for mapping, the autonomy) were found to work correctly after the trip. After solving a series of problems, finally it is possible that everything is operated and the instruments are verified, being necessary some adjustments in the approach and in the selection of the correct versions of software. Unfortunately, it is found that the LIBS instrument's laser was not working, so this instrument will not be available for the test.

On Friday, November 26th, once all the subsystems and the Raman instrument were checked again; and after several communication tests between the operating console and the robot, at 1:30 p.m. the test began.

Although, at first, the robot showed difficulties to move and cannot turn, it was able to use the LIDAR to make a map of the terrain to cross to reach the ROI, it was also capable to move the arm back and take images of the nearest obstacles. It was necessary to recharge the rover's battery assuming a penalty in the final score, to get the robot to move properly. And, finally, it was possible to demonstrate the ability of Raman spectroscopy, pointing the robotic arm towards the ground, to take a Raman spectrum.

The test concluded after a 1 hour writing report, in which the ability to map the entire terrain, to navigate, to take high-resolution photos, and to characterize the materials with Raman spectroscopy was successfully demonstrated. 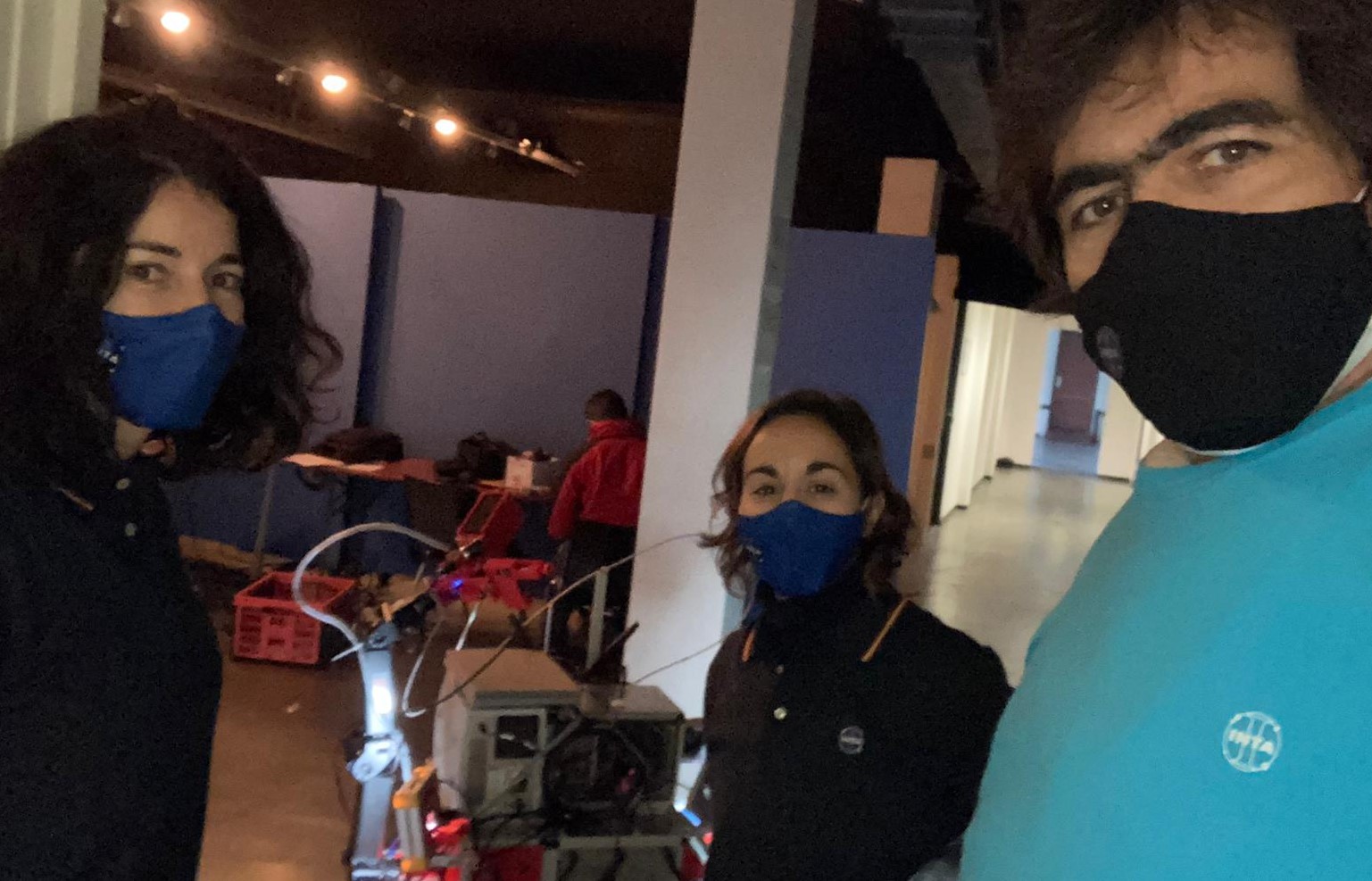 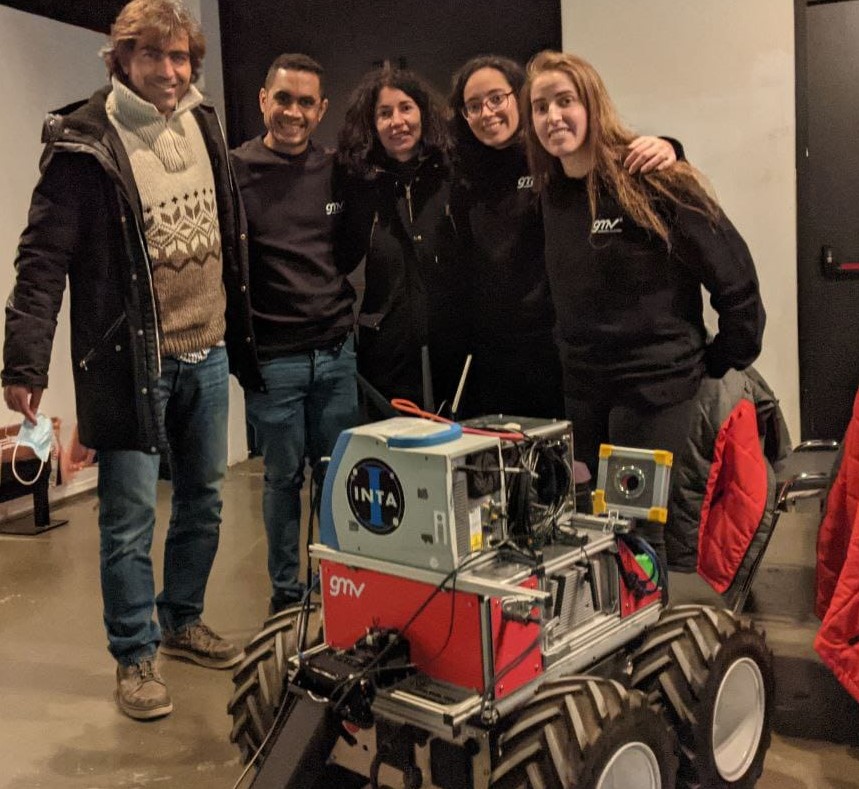 The results of the test, with the selection of the 5 teams that will go to the next (and last) round, will be known in January 2022.